Request An Appointment With Our Las vegas Office

Request An Appointment With Our Henderson Office 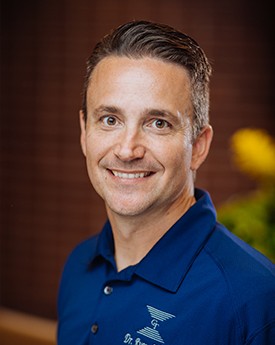 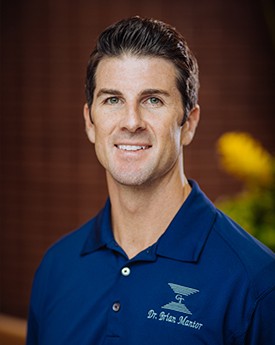 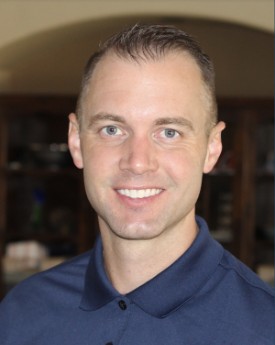 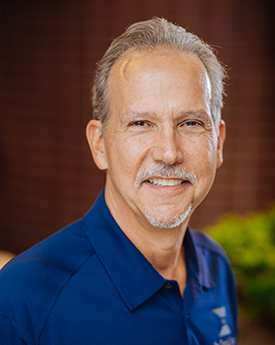 Dr. David Trylovich is a native of Chicago. He grew up near Wrigley Field – home of the Chicago Cubs. He attended Loyola University Dental School and received his Periodontal Training at the University of Missouri.

As a periodontist, he is specially trained in periodontal plastic surgery, dental implants, and gum disease therapy. His passion is replacing missing teeth with dental implants and creating beautiful smiles by altering the contours of the gums. He relates the gums and lips to a frame and matting which surround the teeth. He creates esthetic masterpieces by altering the gum tissue contours to form the ideal smile. He was featured on Healthline 3, where he performed a gum lift procedure on a 19-year-old model from California.

Dr. Trylovich’s strong points are his gentle touch, caring attitude, and good listening skills. He seeks to provide the most conservative treatment necessary to treat his patients’ concerns. He provides the same quality care for his patients that he would for his family.

Dr. Trylovich is a firm believer in continuing education and is the director of the Las Vegas Dental Study Club. 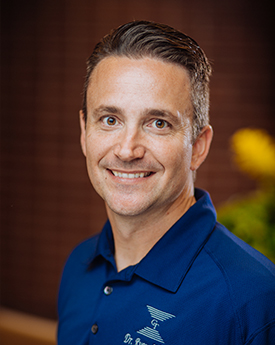 Dr. Ryan S. Gifford was born and raised in Henderson, NV. He earned a Bachelor of Science degree in Biology from UNLV. He obtained his Doctorate of Dental Surgery degree from the University of Colorado Health Sciences Center where he graduated as the valedictorian. Following dental school, Dr. Gifford attended the University of Nebraska Medical Center where he earned his specialization in periodontics and dental implants.

Throughout his training Dr. Gifford has worked extensively with dental implants, periodontal plastic surgery, soft tissue surgery, and gum disease. He enjoys all aspects of periodontal and implant therapy. Dr. Gifford strives for patient comfort and works tirelessly to obtain excellent results. As a caring periodontist, he focuses on the patients’ needs and concerns.

Dr. Gifford enjoys spending time with his wife and five young sons. He is actively involved in continuing education and church-related activities. 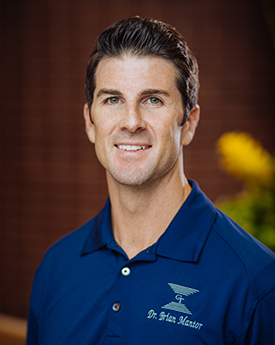 Dr. Brian Mantor was born and raised in Thousand Oaks, California. He received his Bachelor’s degree from Brigham Young University before going on to obtain his Doctor of Dental Medicine from the University of Nevada, Las Vegas. After graduating from dental school, Brian was accepted into the periodontology program at the Medical University of South Carolina, where he received extensive training in all aspects of periodontics. In addition, he simultaneously received a Masters in Dental Science degree, focusing on techniques involving cone beam CT imaging for the purposes of bone regeneration.

He values and believes in being at the forefront of technological advancement and education to provide his patients with the best treatment and results available. He has always possessed an incredible work ethic and is a perfectionist when it comes to his work. 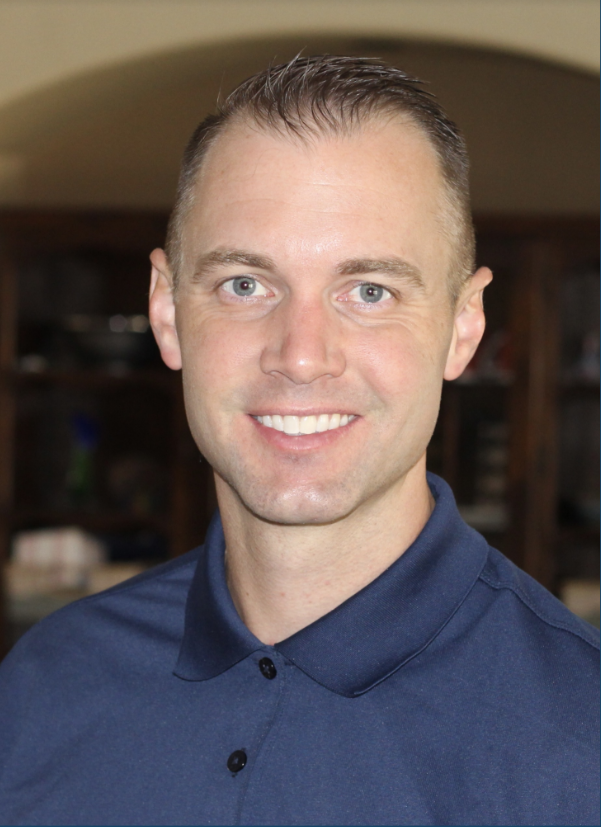 Dr. Dane Swenson grew up in Grand Junction, Colorado. He graduated from Tufts University School of Dental Medicine in Boston, Massachusetts, while on a scholarship from the United States Army. He then completed his advanced education residency in periodontics with the U.S. Army at Fort Gordon, Georgia. After completing his specialty training, he served as Chief of Periodontics stationed at Fort Bliss, Texas. He also embraced the opportunity to serve as a professor for a brand new 1-year Advanced Education in General Dentistry program. He left the U.S. Army with the rank of Major and in total served for seven years on active duty.

Dr. Swenson is Board Certified in periodontics and dental implant surgery by the American Board of Periodontology. He has lectured both nationally and internationally on topics including soft tissue grafting, guided bone regeneration, implant therapy and aesthetics. His research has been published in numerous peer-reviewed journals, including the Journal of Periodontology and Clinical Advances in Periodontics.

He and his wife, Aimee, have three young children. They are outdoor enthusiasts with a special love for biking. Dr. Swenson is an avid sports fan, especially college basketball and football. 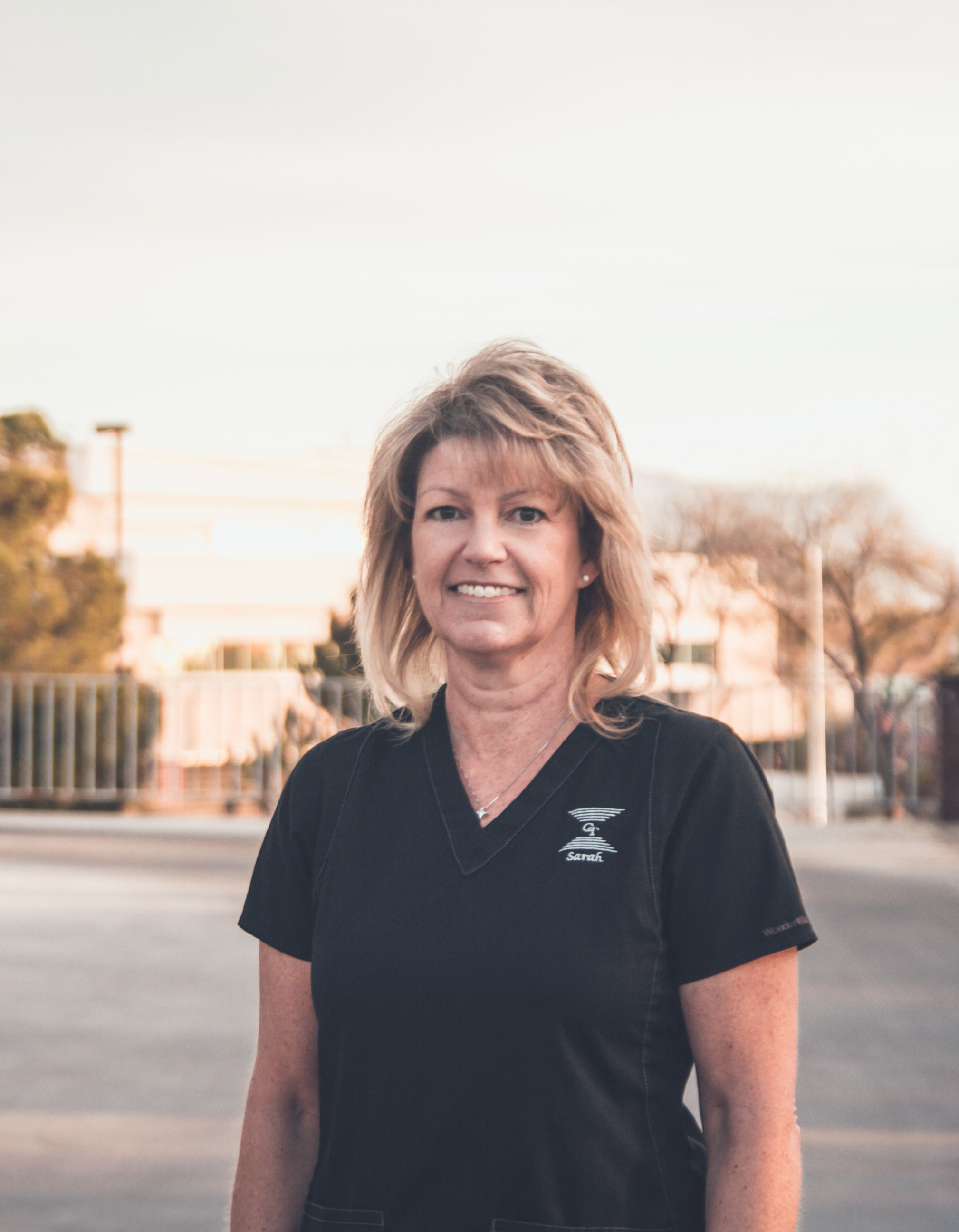 Sarah joined the team in 1994. After almost 10 years, she took a “mommy break” and has been back with the team for 8 years. She was raised in Southern California but the desert has grown on her. Her passion is helping her patients achieve optimum oral health. She enjoys family time, hiking, cooking and reading. 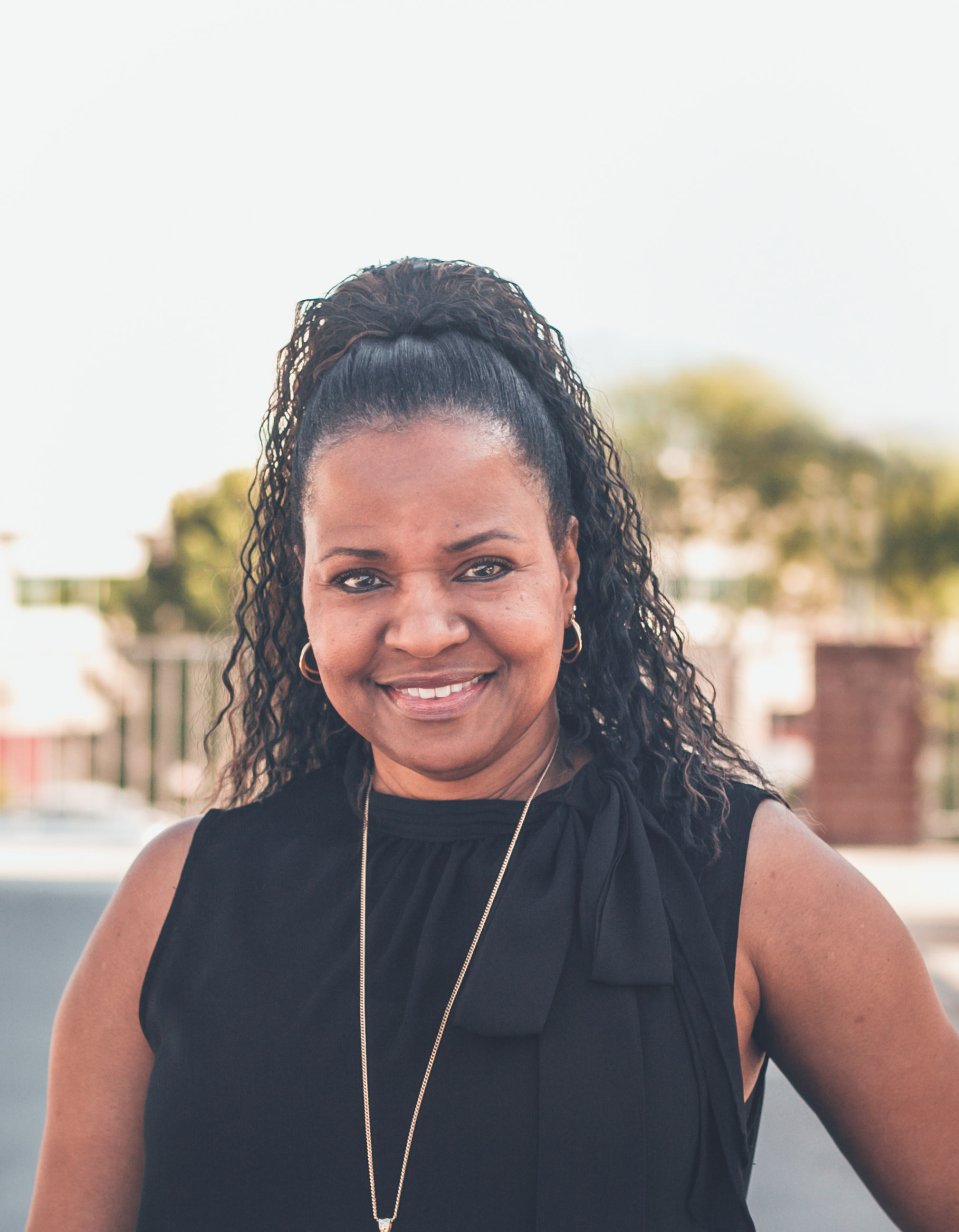 Felicia, (which is really pronounced Fa-lis’-see-a) joined our team in September of 1995. She and her husband of 43 years were both in the Air Force with Dr. Trylovich and Dr. Goaslind here in Vegas. (Dr. Goaslind has since retired from the practice.) They attended her 20th year retirement party from the Air Force and offered her a job which she happily accepted. She has now been with the practice longer than she was in the Air Force- a whopping 23 years! When you call the office and remember hearing a soft, low, ‘calming’ voice- it’s probably her! 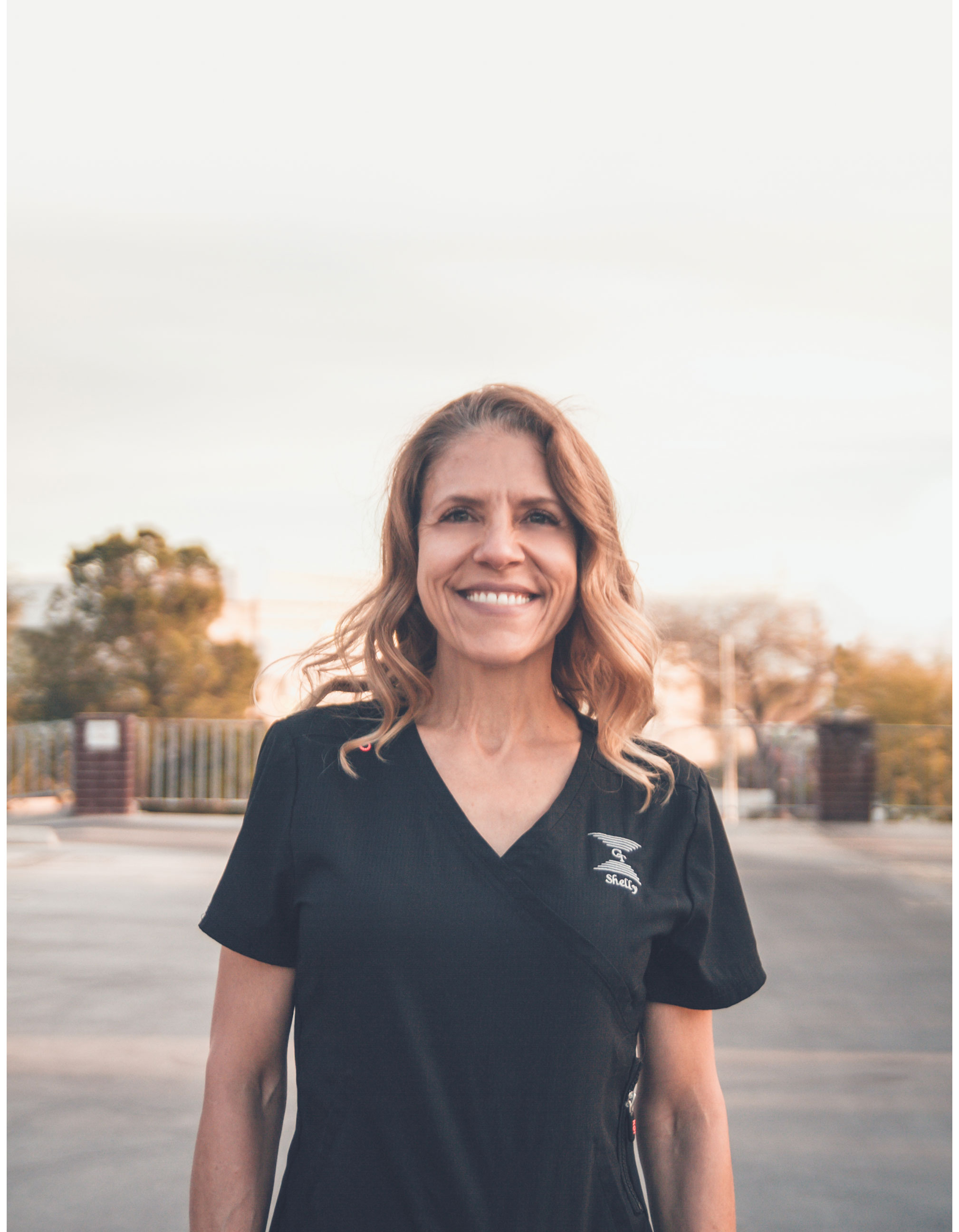 Shelly joined our team in January 1997 but had been working in dentistry as an assistant 10 years before getting her dental hygiene degree. Shelly moved to Las Vegas at the age of 9 so she’s nearly a native. She has recently joined team “grandma” and can’t get enough of her granddaughter, Ruby. Shelly is a professional coffee drinker, has been known to go to the gym on occasion but her passion is Jesus and she loves serving in ministry with her husband Barry. 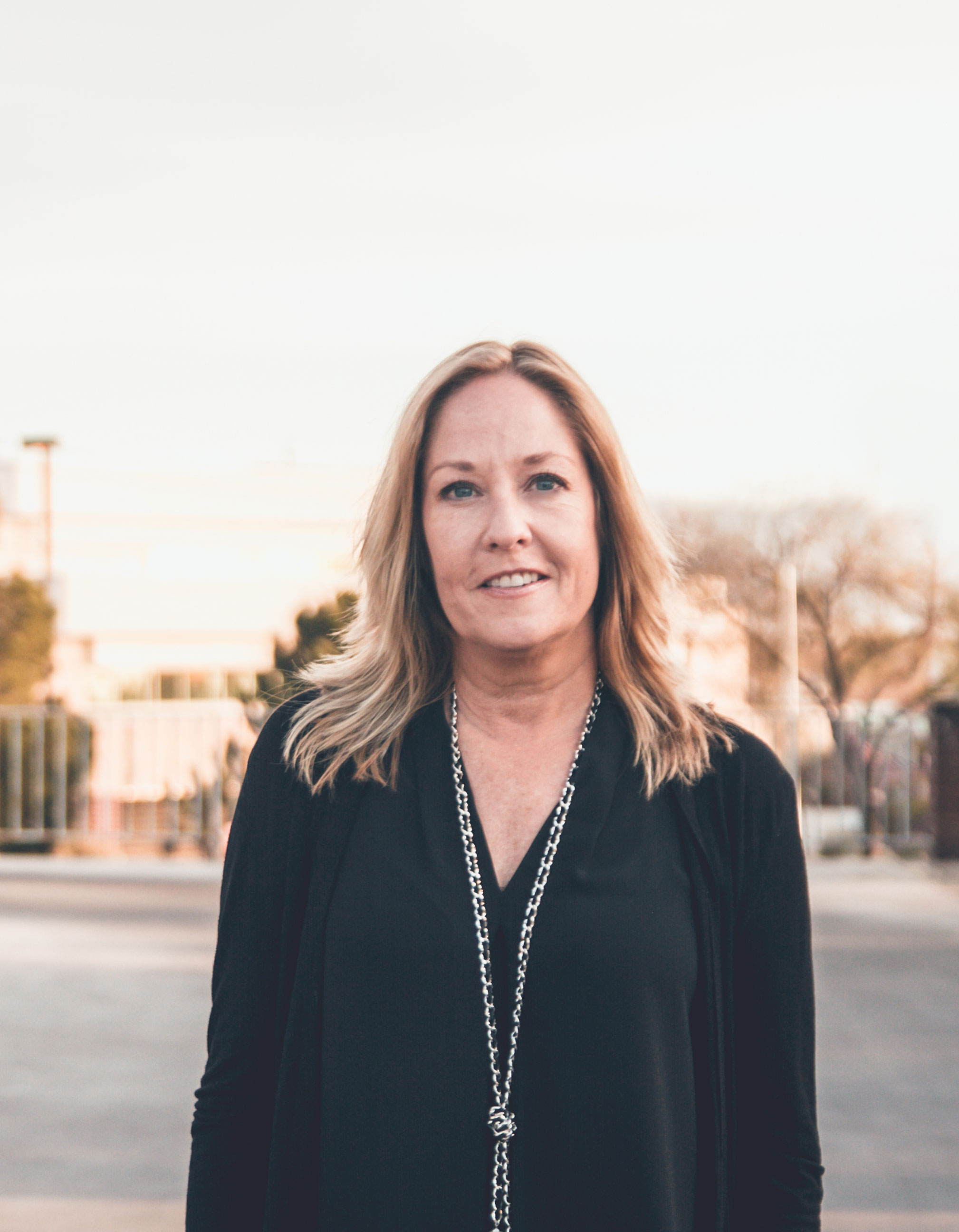 Cathy joined our team in June of 1997. She has lived in Las Vegas for 23 years and has worked at this wonderful office for 22 years. She loves to travel and go on adventures whenever time allows. 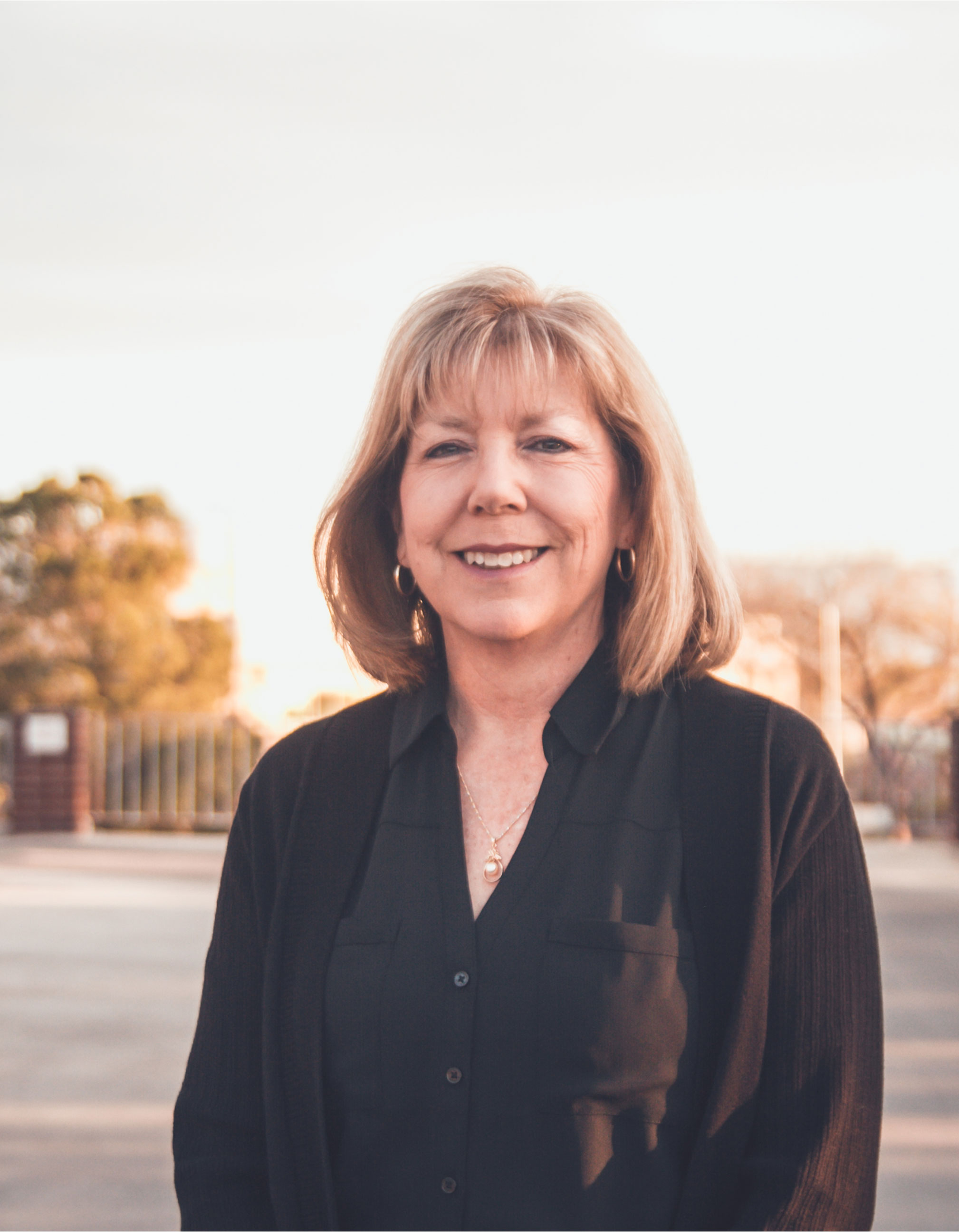 Carolyn joined our team in March of 2012. A native of Southern California, she has lived in the Las Vegas area for 25 years and has worked in various aspects of dentistry for most of her adult life. When not at work she enjoys spending time with family, gardening, hiking, working out and Golden Knights hockey! 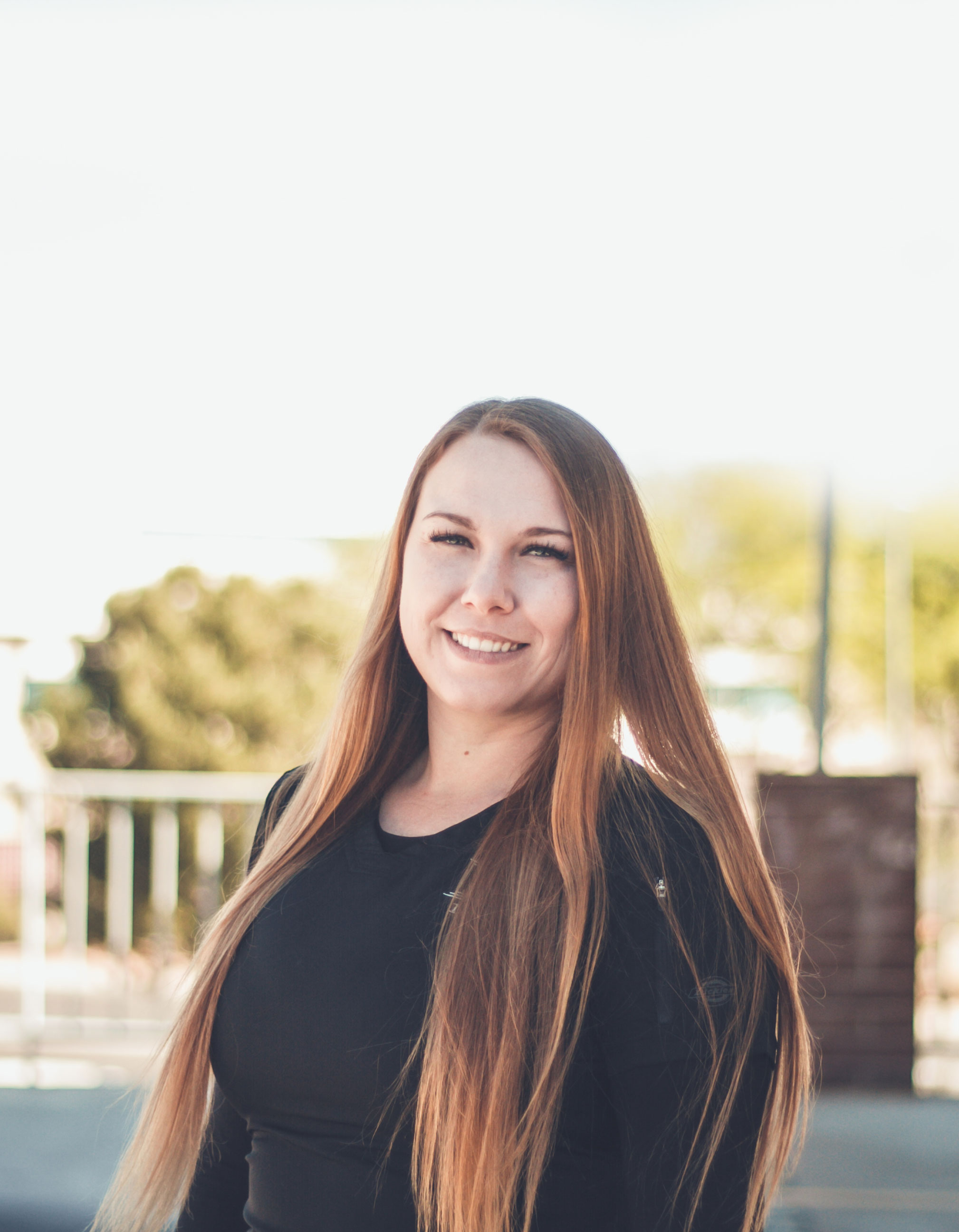 Lora joined our team in January of 2018 and has been in the dental field since 2011. She was raised in Lake Havasu City, Arizona. Luckily, she loves that Arizona heat because now Vegas is her home! She said she cannot imagine living anywhere but the desert. Her hobbies include sewing, scrapbooking, painting, and anything else that allows her to channel her creativity. Lora and her husband have a child together, a cat, that goes by the name of “Little Sister”. 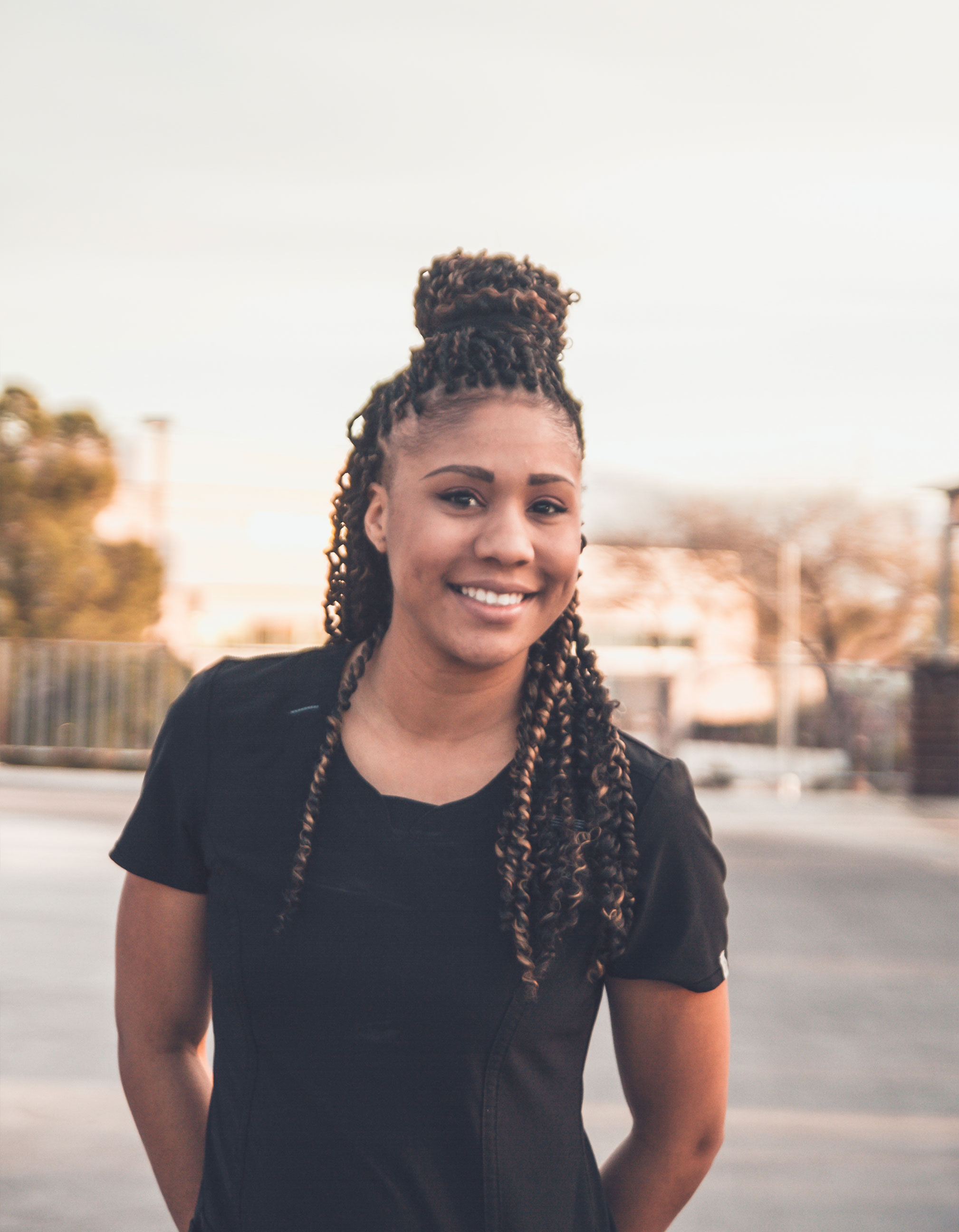 Celeste joined our team in February of 2015. She is talkative and caring. She loves movies and binge worthy TV shows as well as hiking. She can pull off any hairstyle and is sure to make you smile while at our office! 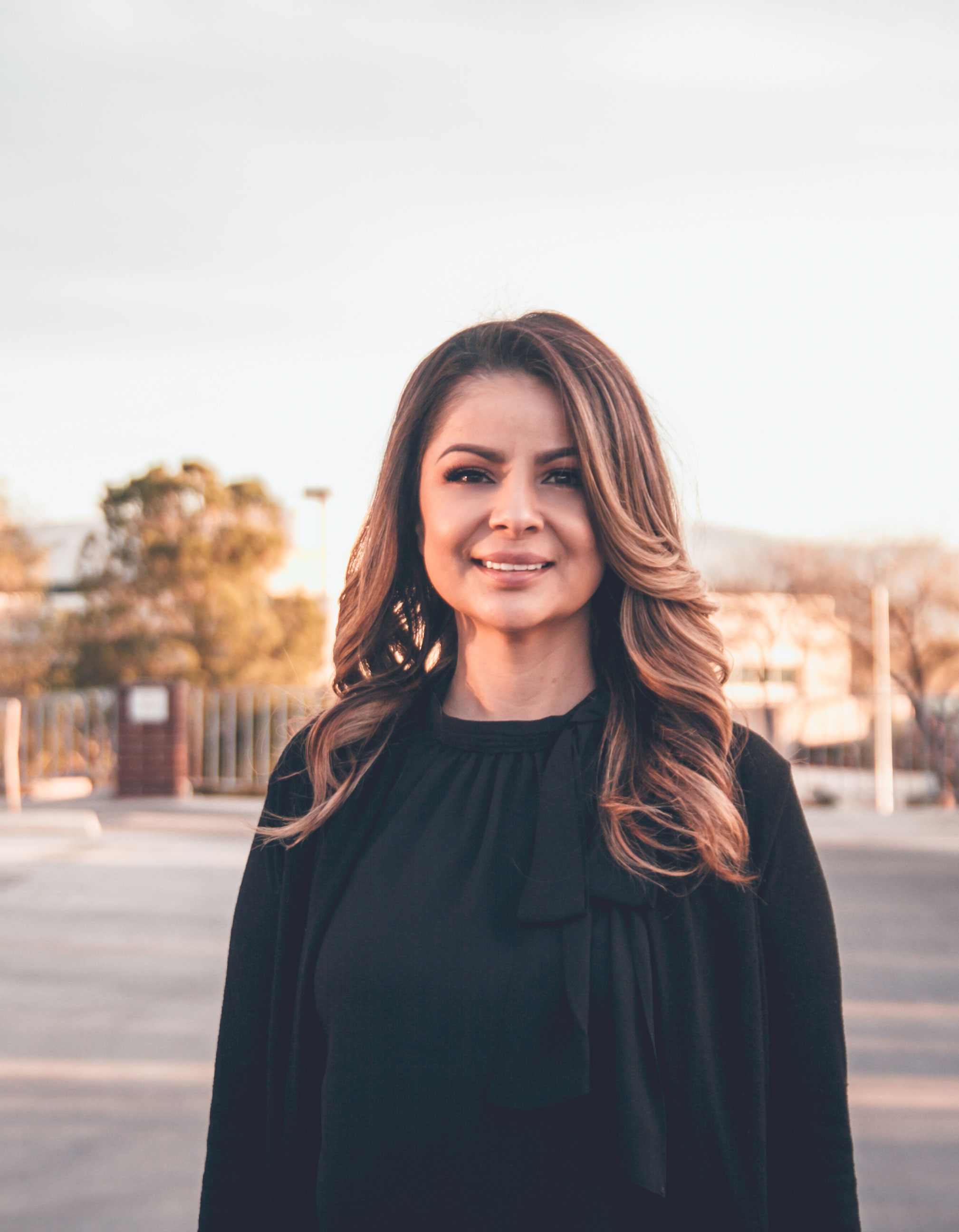 Sally joined the team in August of 2018. Sally is a Cali girl at heart. She moved to Las Vegas in 2015 but every chance she gets you will find her at the beach. She has been in the dental field for over 19 years and she will tell you she learns something new every day. Like most ladies, Sally enjoys Sunday brunch and shopping but what she cherishes most is spending time with her beautiful family. 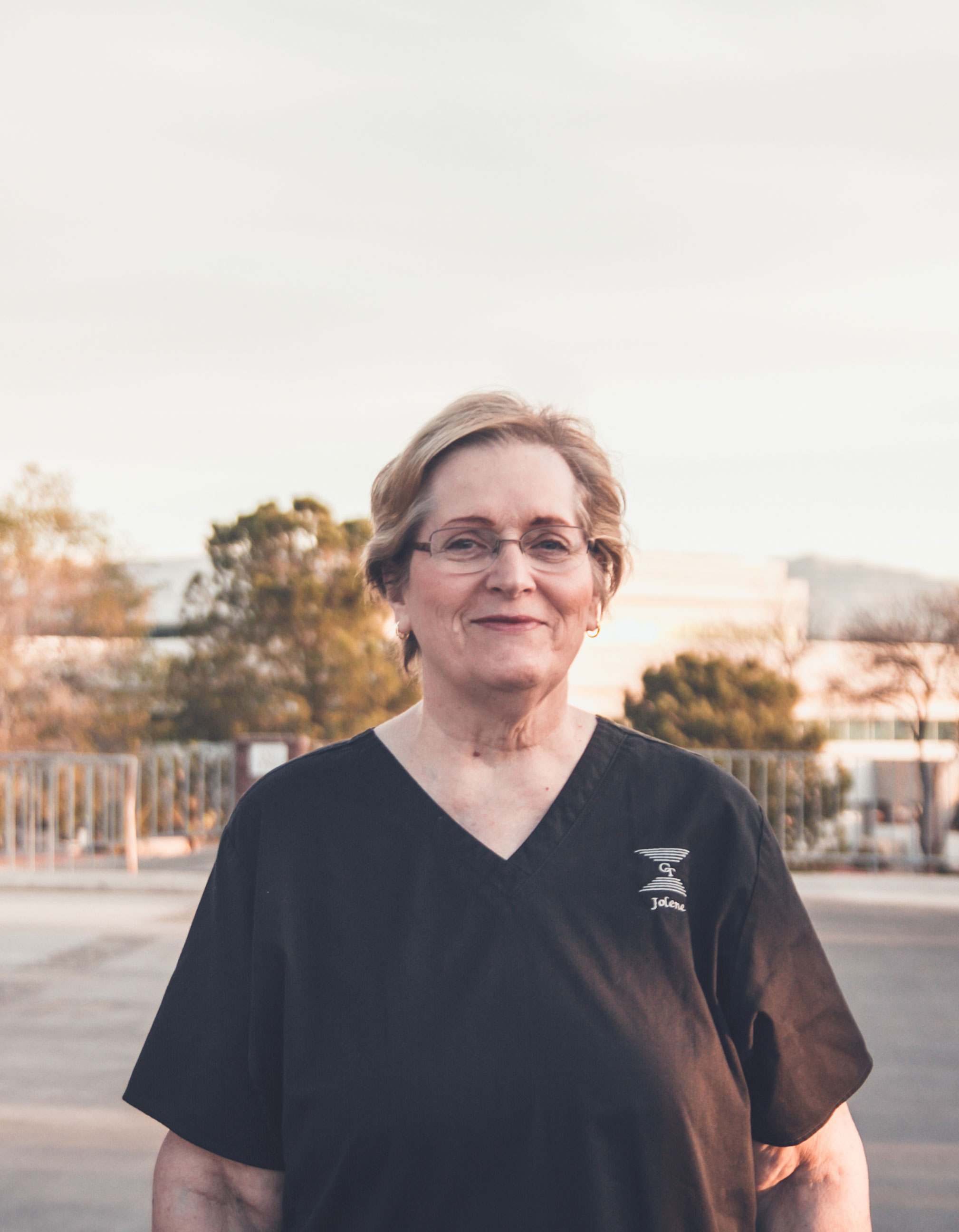 Jolene joined our team in March of 2012. She moved to Las Vegas when she was only a year old. She did dental assisting for her father after school and in the summer as a young girl. She graduated from Las Vegas High School in 1969. She put her husband through school by assisting and then they moved to Southeast Texas. She attended Dental Hygiene school at Lamar University in Beaumont, Texas and graduated in 1979. She moved back to Las Vegas 1993 and “left her Ex in Texas.” She has been doing dental hygiene for the past 40 years and has been working in periodontal offices for the last 23 years. 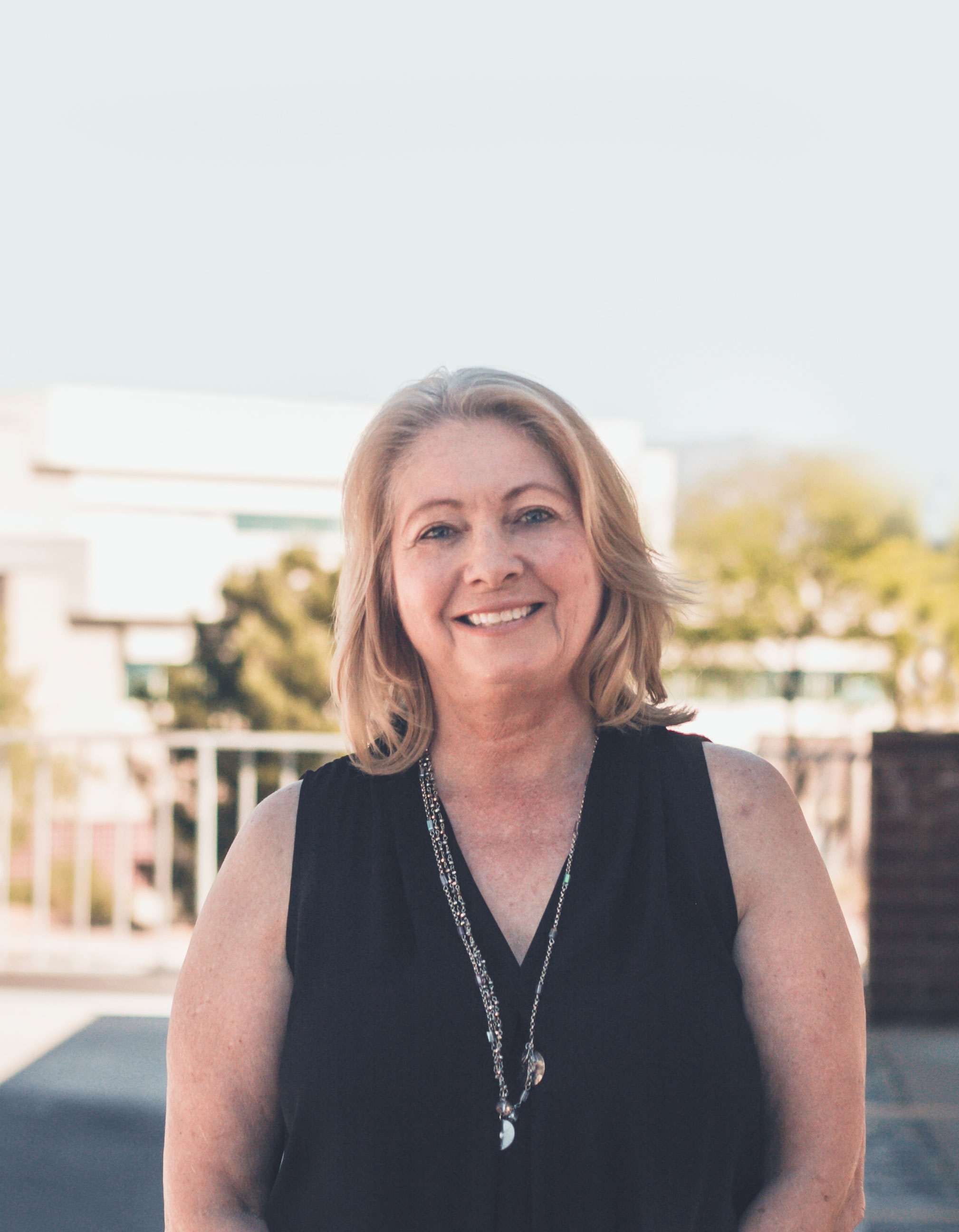 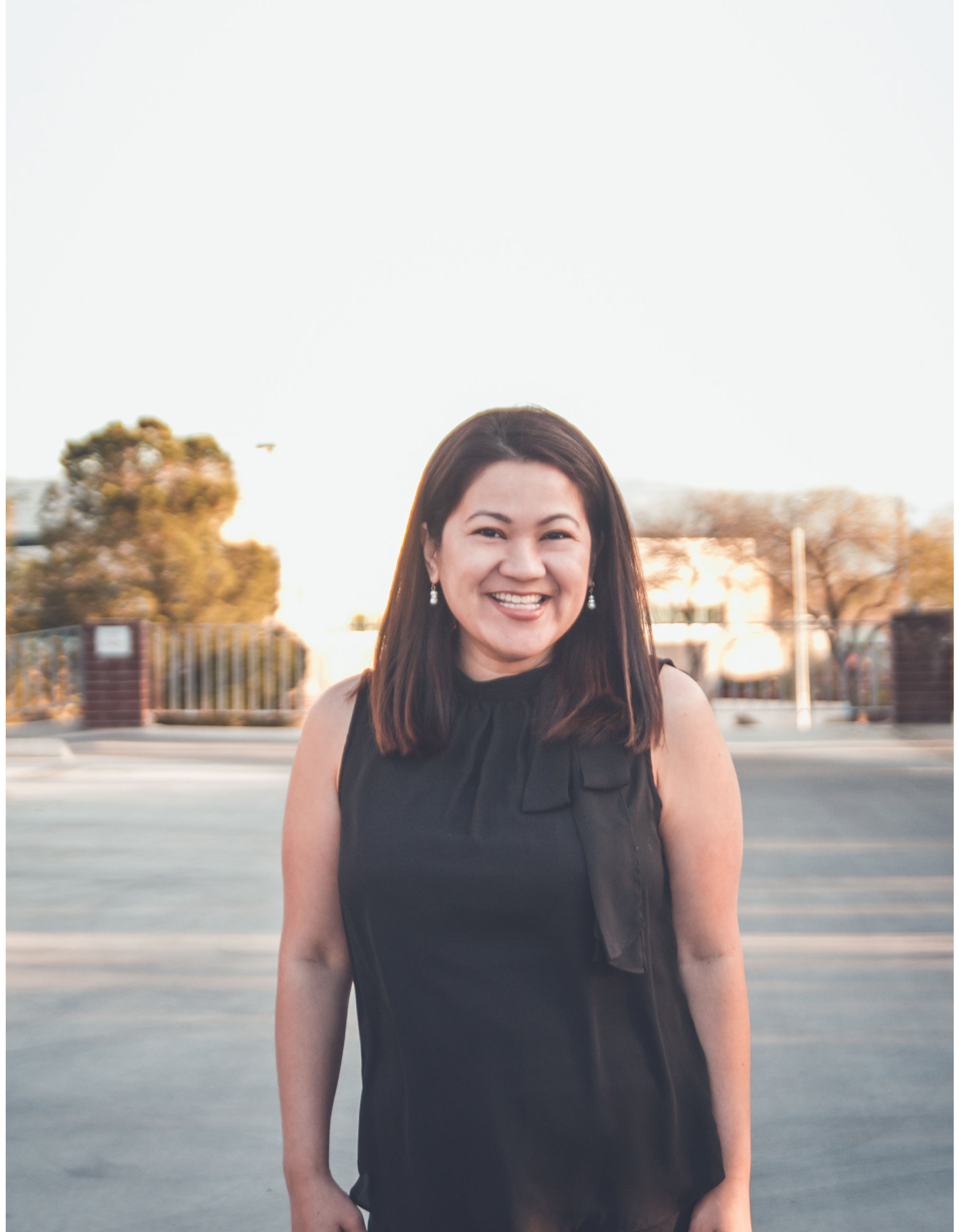 Donna joined the team in October of 2002. Donna moved to Las Vegas from Manila, Philippines. She has been in the dental field for 17 years and has worked both front and back positions. She is the designated supply manager but also wears many other hats while fulfilling other front office duties. When she is not in the office, you may spot her in the mall shopping for designer purses… her passion. She’s married to the love of her life and has one fur baby named Kizzle. 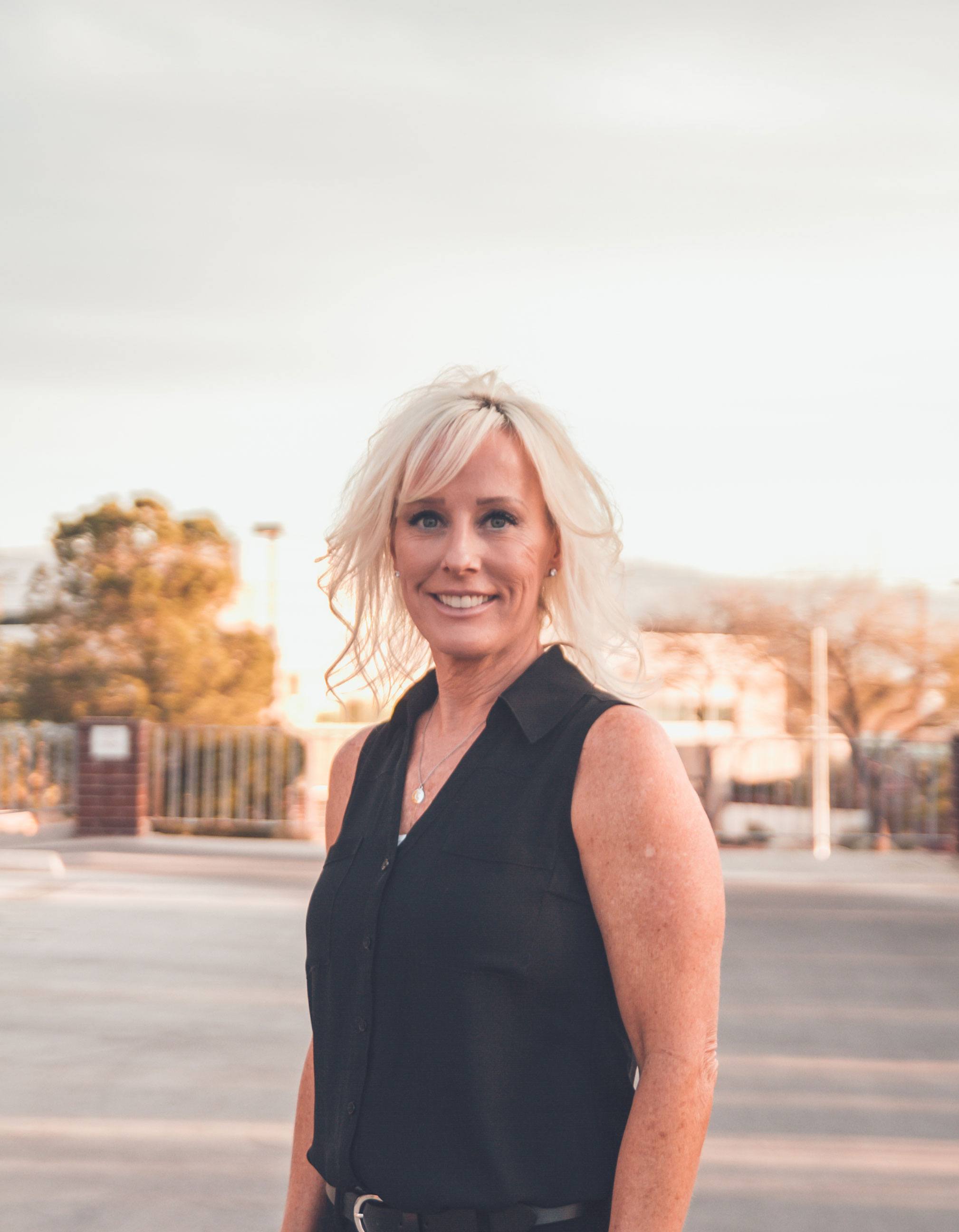 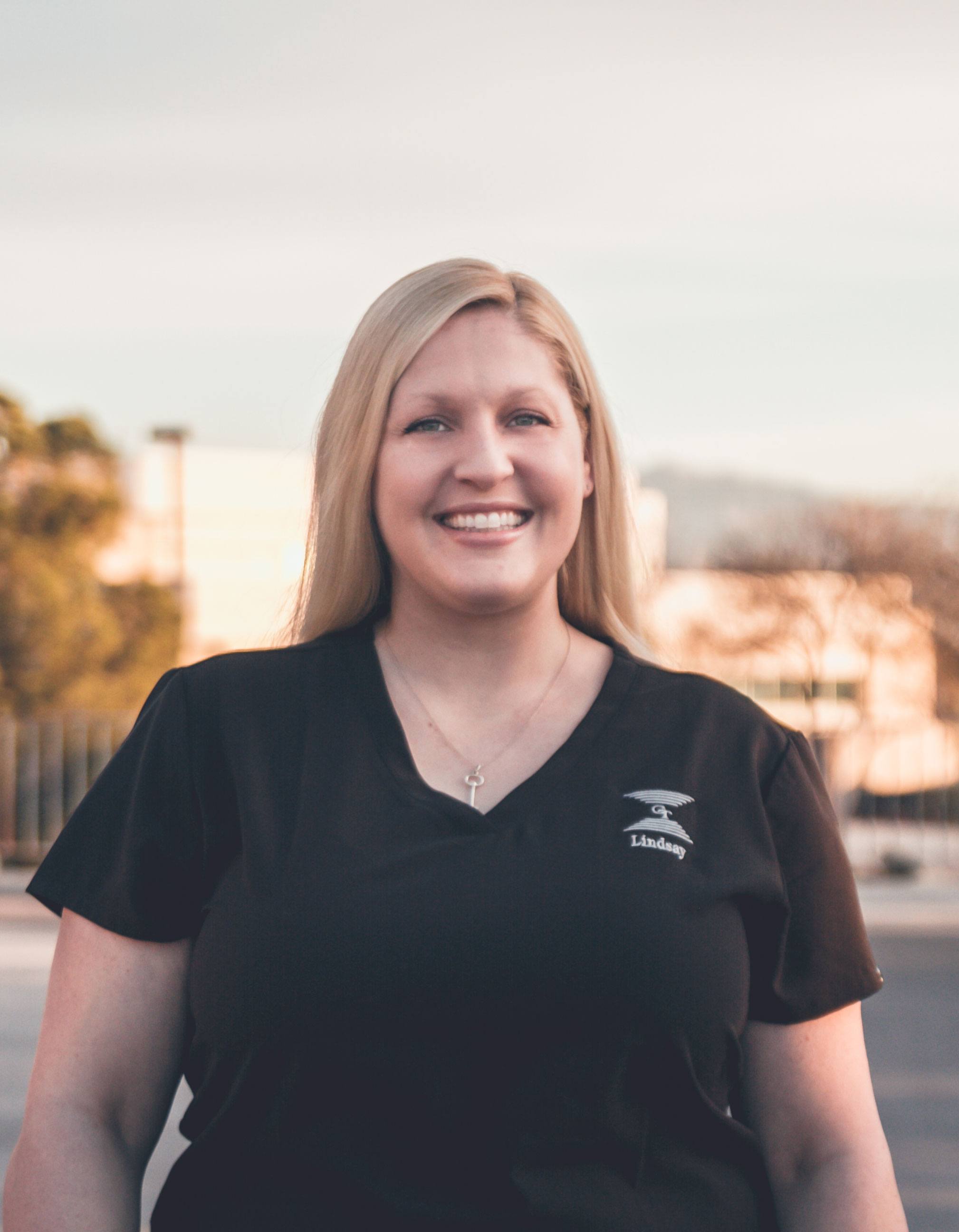 Lindsay is a Las Vegas native and joined our team March of 2013. She has been in the dental field since 2005, but the periodontal field is definitely her passion. Dental assistant by day… domestic goddess by night. In her free time she enjoys spending time with her husband and two boys, as well as reading. She also has a sweet 180 lb. dog named Jake. 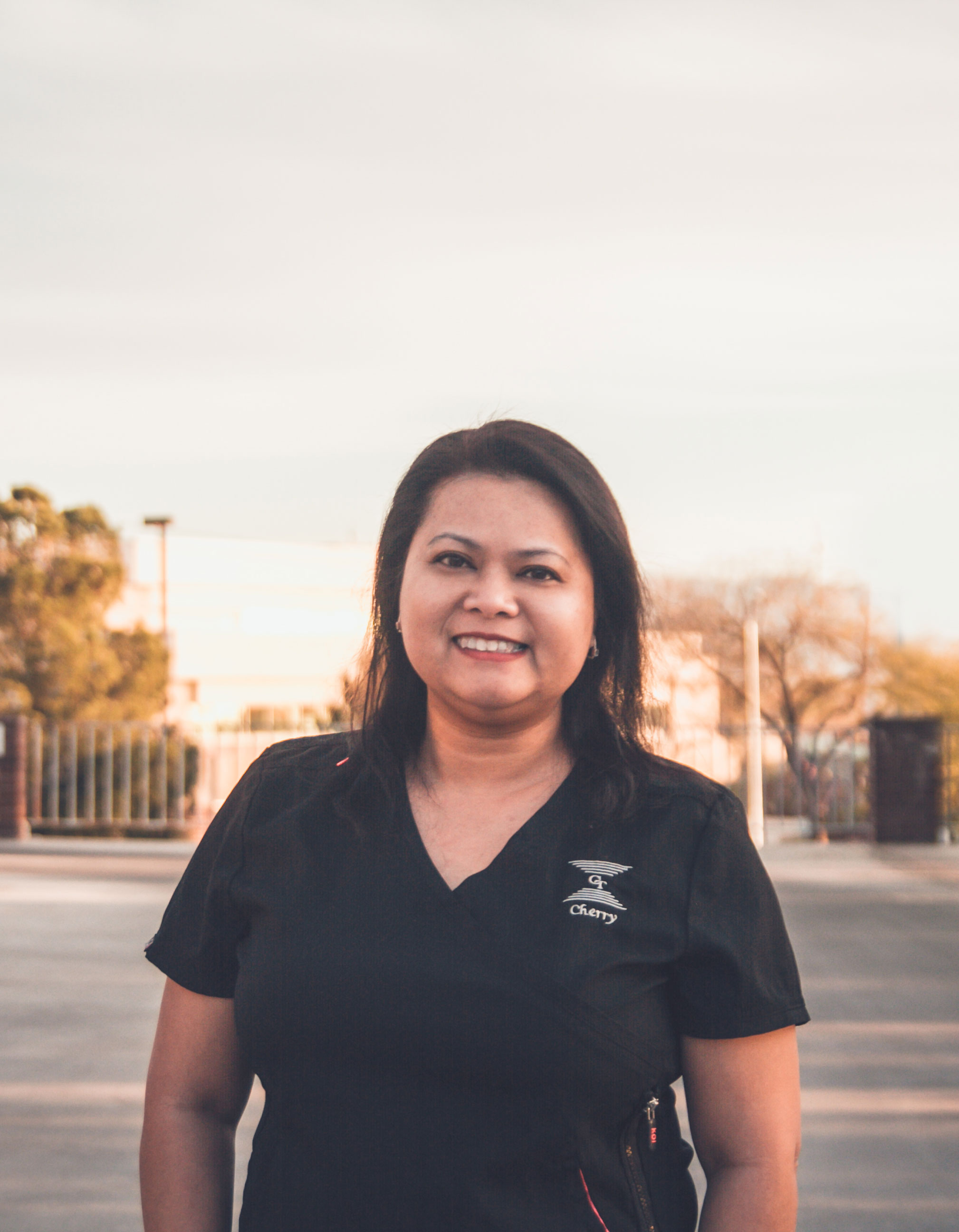 Cherry joined our team in February of 2003 but has been working in the dental field since 1998. Cherry is originally from the beautiful island state of Hawaii but decided to move to this ninth island called Las Vegas. She enjoys spending quality time with her husband and 2 kids. Her day is not complete without a cup of coffee, preferably Hawaiian brand or Starbucks and she loves karaoke parties with family and friends.

Request An Appointment
at the Henderson Office

Request An Appointment
at the Las Vegas Office